My visit to the Rolex Factory; Part One.

The Heart of the Matter,
Rolex & the Parachrom Blu hairspring 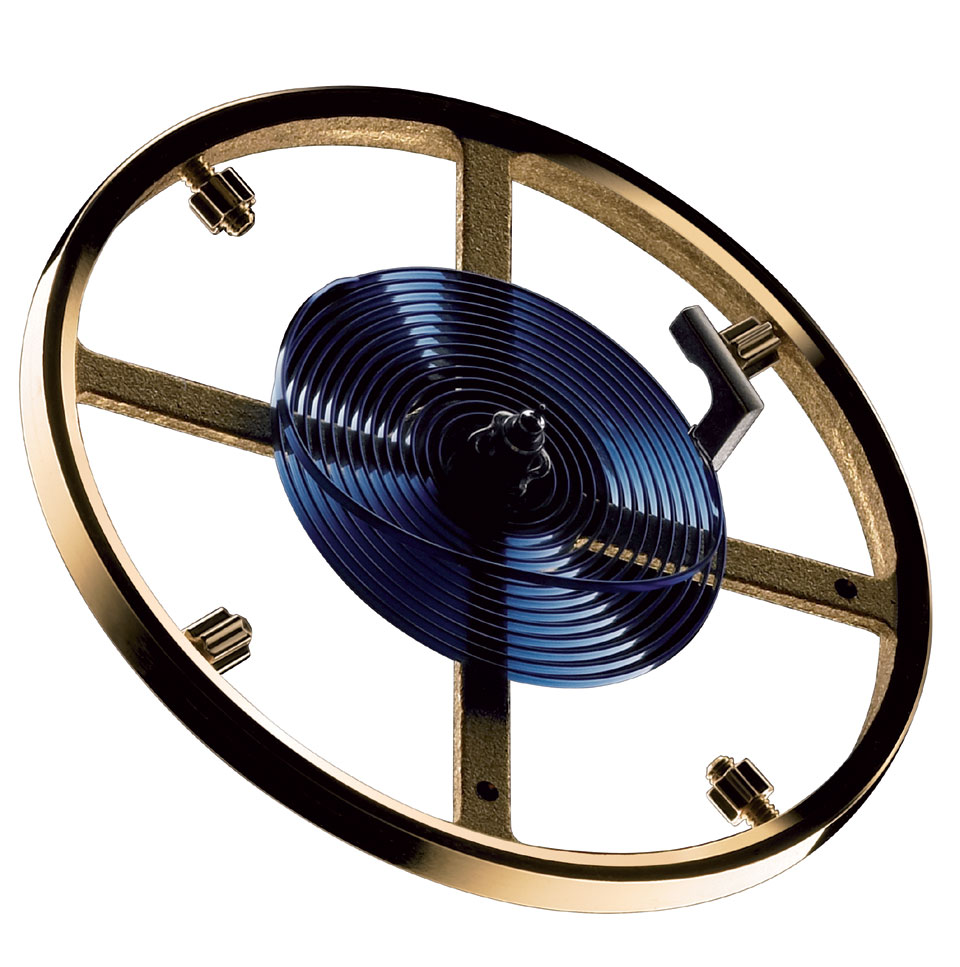 The hairspring is the most overlooked of all watch components; like the human heart, it continues, unbidden and unseen, its vital role. Not only do its oscillations have to be precisely regular, they have to be so in the most hostile of environments; the human hand and wrist are the parts of the body which undergo the most variation in position and temperature (think about it, what other part of your body goes in the freezer?). Yet we expect microscopic accuracy from a modern watch, an accuracy of 1 second per day is equivalent to hitting a 1 inch bull’s-eye at a distance of over a mile.
Yet the theory behind the hairspring has not changed in around 500 years, the best design is over 200 years old and the metallurgy involved in the modern hairspring goes back over 80 years to when Charles-Edouard Guillaume invented Elinvar and walked away with the Nobel Prize. The challenges facing a hairspring and the watch it powers have always been temperature, impact & magnetism; Elinvar was able to overcome the most common challenge, temperature and later the hairspring’s susceptibility to magnetism was offset by the introduction of anti-magnetic shielding for the entire movement. Elinvar was a breakthrough in temperature compensation for watches, but this breakthrough came at a cost; that of increased sensitivity to impact shocks. This problem arose through the special properties of Elinvar, it is processed in a special way so that the magnetic poles of all the particles within the alloy are parallel.  However, when subject to strong impact, the polarity of the particles becomes random & so does their reaction to temperature. This susceptibility to shock was always one of the main problems of Elinvar, but prior to the introduction of shock protection for the balance staffs (Kif-Flector, Incabloc etc) no-one expected a watch to be resistant to impact and so great care was taken in the handling of watches by their owners.
Rolex wanted to be able to produce a hairspring which shrugged off the effects of both magnetism and shock; something no-one had previously been able to accomplish. So, the experimentation began and after much endeavour they hit upon the unusual combination of Niobium and Zirconium, two metals which (coincidentally) sit right next to each other in the periodic tables, with Niobium having an atomic number of 41, one higher than Zirconium. Whilst we know of Zirconium through its use as a substitute for diamond, most of us have never even heard of Niobium (I surely hadn’t); it is mainly used a constituent in many specialist alloys and steels where it adds both strength and tensile strength. These steels are increasingly used nowadays in the areas of automobile body structure where impact can be expected and the predictable deformation of these alloys is vital. There are almost no uses for the metal Niobium itself and in most steel alloys it is present in almost minute quantities, perhaps one fiftieth of one percent, whilst Rolex use it in the ratio of 85% Niobium to 15% Zirconium; meaning that Rolex are now one of the world’s major users of the metal.
The two metals are fused together in a high vacuum at a temperature of 2400°C, the metals pass through the furnace slowly at 20cm an hour under the intense voltage of 5,000 volts. It passes through the furnace three times before the two metals can be considered to be completely bonded. When the rod is removed from the furnace it reacts with the oxygen in the air and bonds with trace amounts of this atmospheric oxygen and turns blue. Ironically, it turns the same shade of blue as the classic blued steel hairsprings used in Marine Chronometers and other high grade watches of the last century (See the Zenith chronometer balance shown below, almost a hundred years old). 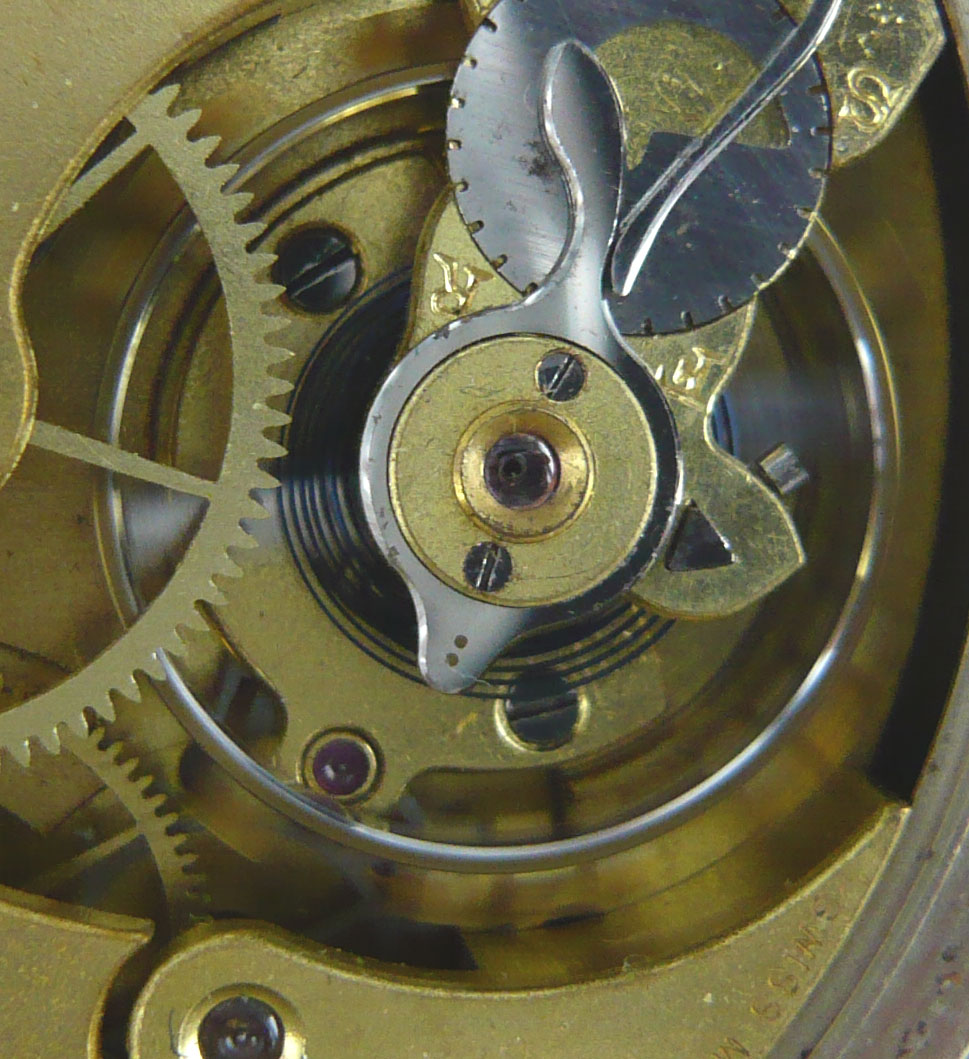 The finished rod is around 30 cm (around a foot) long and weighs only 380g (less than a pound); from this rod it is possible to produce 10,000 hairsprings. However; currently, they are experiencing failure rates of between 20 to 30%, so the final result is rather less. The rods are then put through a die press which in subsequent passes turns the initial rod into one 15m long and 2mm diameter and then into one 2 km long (well over a mile) and a diameter of one tenth of a millimetre. The final die forces the metal into a strip 150 microns wide & 45 microns high, which is then cut into strips 22 cm long. There is no form of ‘finishing’ to the hairspring; its final profile is totally dependent on the absolutely perfect profile of the press dies. These are constantly checked between operations with a battery of Leica microscopes to ensure that there has been no change to their profile. The precision of the dies is such that the finished springs vary by no more than one tenth of a micron from the norm; just think about that, without any machining or other finishing they can produce an item accurate to one ten thousandths of a millimetre.  If that is a difficult image to conjure, think of it this way, the average human hair is about 100 microns in diameter, the Rolex Parachrom Blu hairspring is finished to an accuracy of one thousandth the diameter of a human hair.
What was interesting to see was that once the springs had been cut to length, the high technology side disappeared and the crucial steps from now on are undertaken by the dextrous hands of skilled operatives working with nothing more advanced than a microscope. Firstly the springs, in a packet of 100 or so, arrive at the bench of the person responsible for turning them into hairsprings, they are next individually attached to the spindle of a tiny machine, three springs are attached to the spindle at 120º apart; and then the operative winds a handle, smaller than that on a fishing reel and the three springs are coiled inside a frame which defines their outer circumference. Six winds are needed for the springs used in the GMT Master II and the Milgauss and seven for those used in the Daytona and YMII. The springs are then ejected from the frame, coiled tightly one inside the other. Then, using a microscope & the world’s smallest pair of tweezers they are separated and the operative then starts the task all over again. Currently each operative can now produce around 300 hairsprings a day. If I thought that this procedure was painstaking, it fades into nothing when compared to the next step, where the Breguet terminal curve is applied to the centre of the hairspring. Each spiral was placed on a tiny spindle under the eagle eye of a video camera attached to a microscope, and then looking at the flat screen monitor suspended above her, she delicately picks one end of the coil & bends it to the outline of a template already on the screen. We did not see the attachment of the collets or studs, as this was not being done during the visit; but I understand that this is done by laser welding.
The Parachrom Blu hairspring is vital to the construction of the new Milgauss model, the Faraday cage provides anti magnetic protection up to around 800 gauss, but the final (and vital) level is provided by the new hairspring and also by the unique escape wheel which is made from the extremely esoteric material, amorphous nickel phosphor. 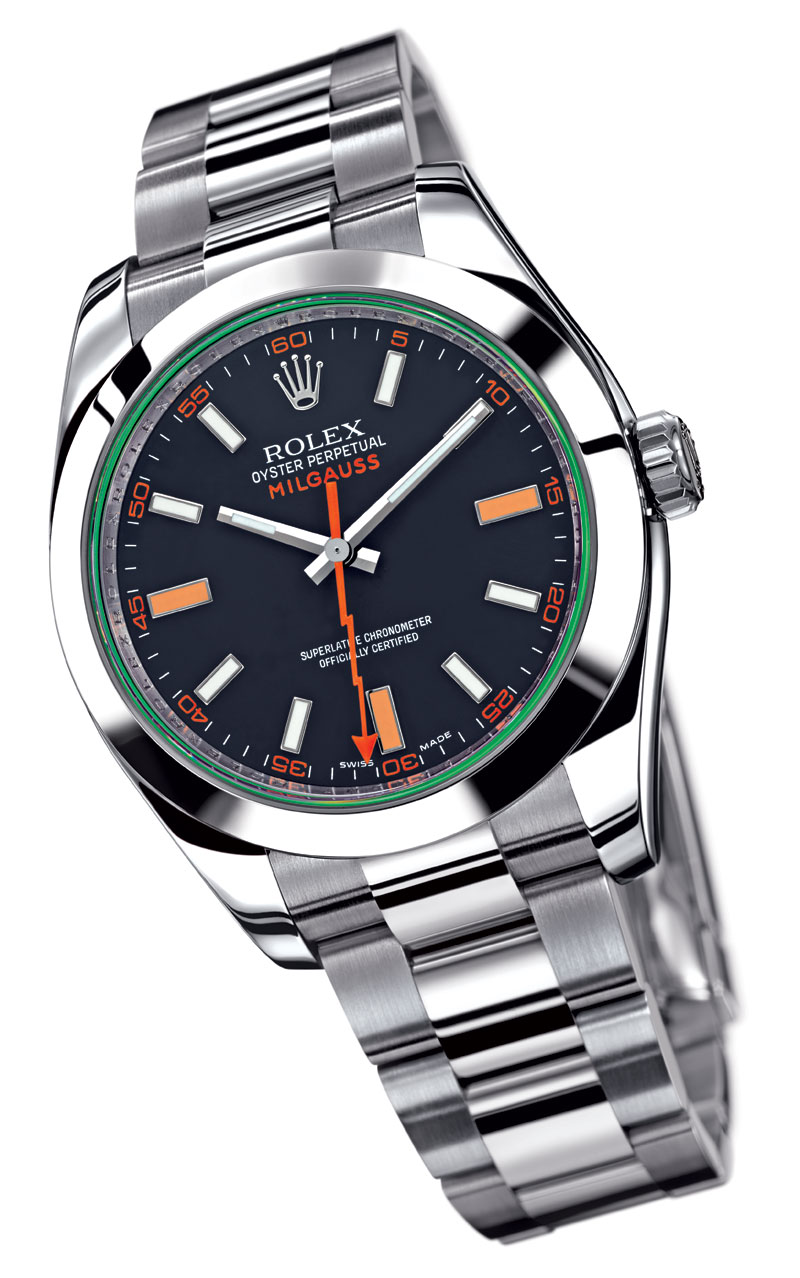 This article has been about the new Parachrom Blu hairspring, but this is currently fitted to only a small proportion of Rolex watches, so what is fitted to the rest, you might ask. They have conventional hairsprings made from Nivarox but the vast majority of these are now assembled in house at Rolex. It seems unlikely that these current models will ever be retro-fitted with the Parachrom hairsprings but that as new movements are added to the line they will receive this new and advanced design with all the benefits it bestows.
Over the next few weeks, two more articles will follow; the first covering the manufacture of bracelets & cases and the other one about the new Yacht Master II; to whet your appetites, here is an image from the next piece. 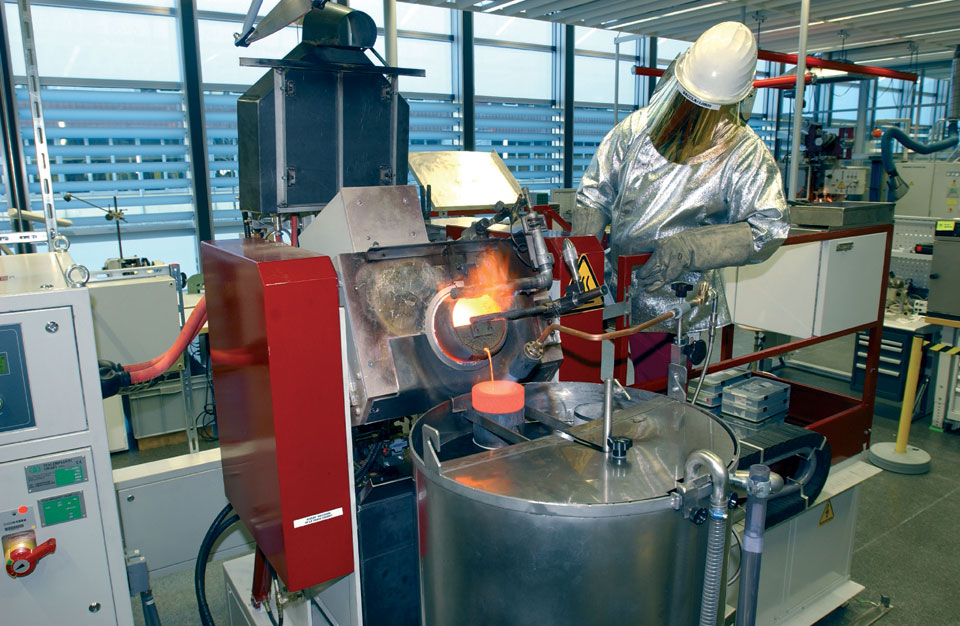